Click one of the buttons below to purchase this Train Simulator DLC. Different vendors often have sales at different times, always check all vendors for the Class 444 EMU lowest price.

The Class 444 ‘Desiro’ electrical multiple units (EMUs) were built by Siemens AG in 2003 and 2004. Forty-five of these flagship sets were built to handle express services for South West Trains, as part of the process of replacing ageing ‘slam-door’ rolling stock so familiar to commuters in the south of England. After the teething problems encountered when introducing other new trains types in the UK, the 444s were subject to extensive testing at the Wildenrath test track prior to entering service. These 5-car units can run at 100mph on 750 volts DC, and with many realistic in-cab features, the Class 444 is a great addition to your Portsmouth Direct Line.

A newer updated version of the Class 444 EMU is included as part of the Portsmouth Direct Line: London Waterloo - Portsmouth route. For more information about this route click here. 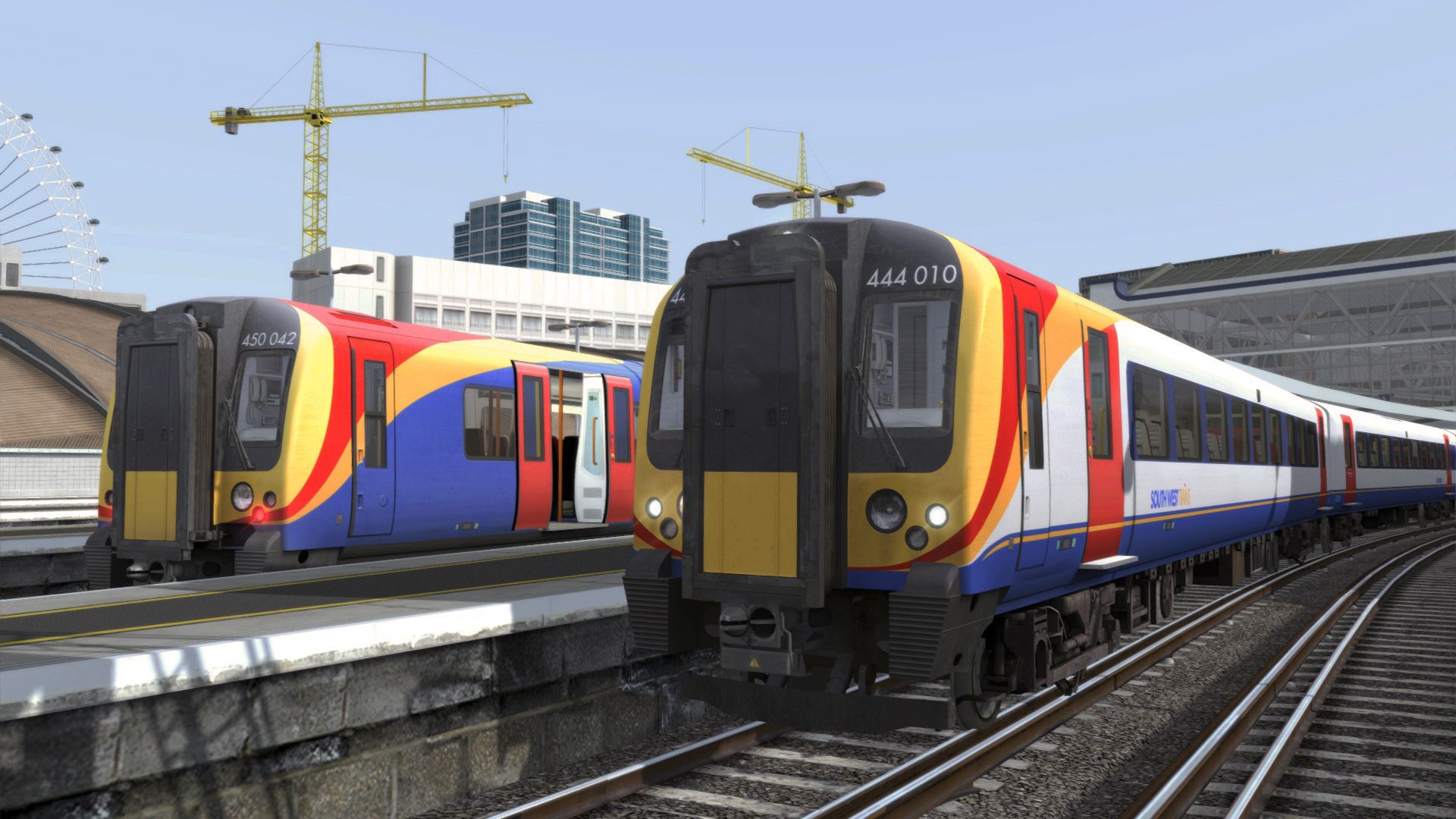 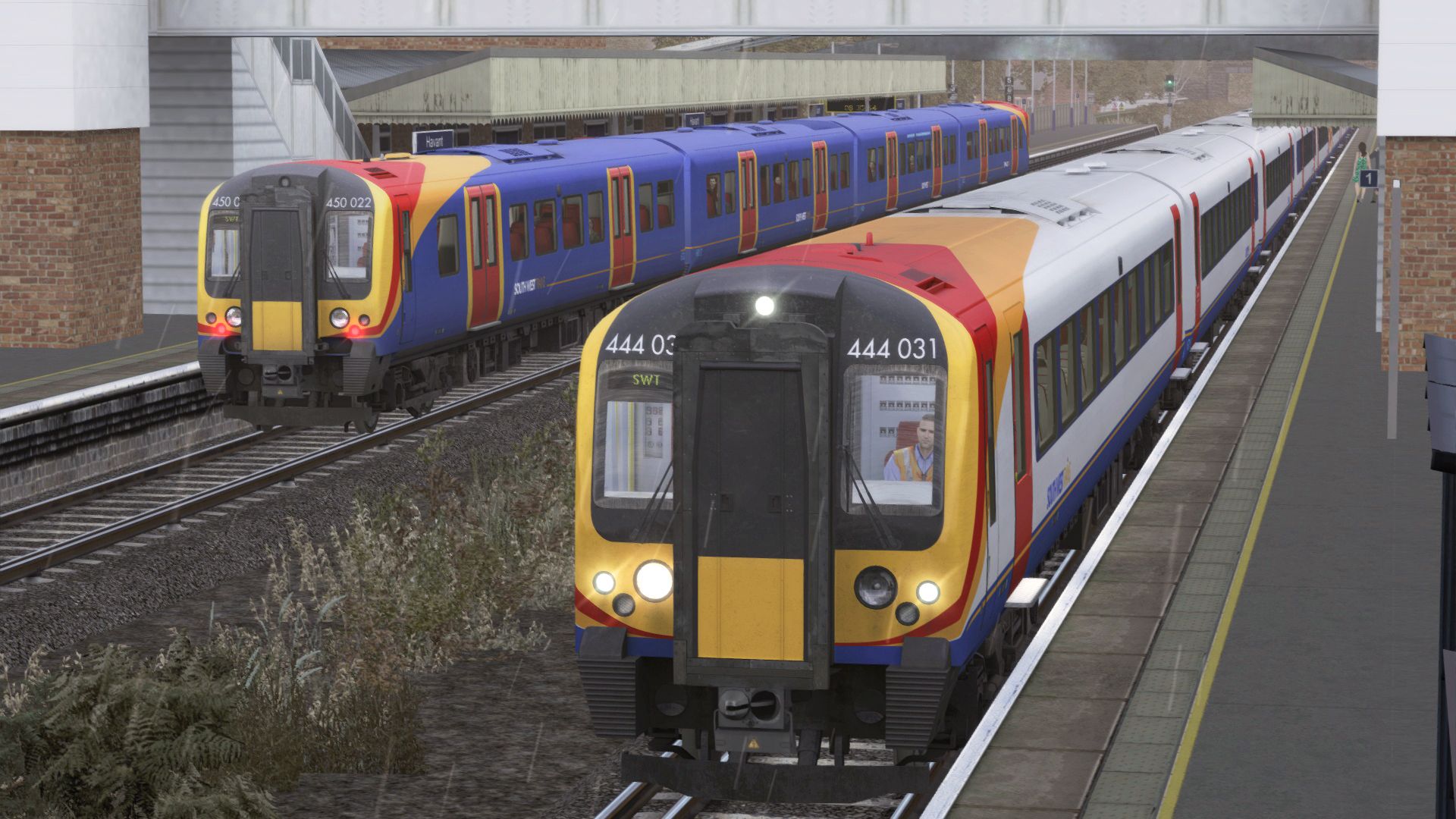